by Elizabeth Corby on October 29, 2015 in Psychodrama

Psychodrama, sociometry and group psychotherapy utilize various tools which are unequaled in their ability to teach emotional intelligence (EI) to individuals, groups and organization through the ability to help others “experience” the components of EI in themselves and in others, through the role reversal process. Role reversal exercises can be done in one-on-one settings using an empty chair and/or other object to represent the other, or in a group with people playing the role of the other (known as “auxiliaries”).

Role reversal, developed by J.L. Moreno, M.D., founder of psychodrama, sociometry and group therapy, is the key element in psychodrama. Role reversal is the act of and ability to change places with others, physically, attitudinally, and emotionally. Role reversal is used in psychodrama almost exclusively, as a therapeutic technique. During a role reversal, the enactor of personal action work (known as a “protagonist”) chooses someone in the group to play the role of a part of the self or another, and during the course of action, changes places with that “other”, which leads to an oftentimes powerful experience of relating to the other while in that other’s role.

Many variations on the role reversal can take place in psychodrama action. Role reversal is also used in sociodrama, which is action in a group that examines a social, business, or other societal issue. In these cases, personal work is not the focus, but rather, the group and the topical problem is examined. Role reversals take place with members of society or of a business community so that empathy and attunement to the emotional and systemic needs of the organization can be learned and understood. Emotional intelligence is then increased while people play various roles they choose, as well as by witnessing others play roles and through identification of the different roles among those in the audience.

Both psychodrama and sociodrama finish action sequences with sharing among group members, which is the opportunity for members to discuss learning and share feedback of identification of the roles from their own experience. This sharing experience assists members in integrating their intellectual and emotional learning and further deepens their attachment and empathy with one another, key components of EI. Personal identifications with group members and personal, social or business roles and struggles are made and deepened. Such social connectedness (called sociometry by Dr. Moreno) is the goal of action work, which according to Dr. Moreno, “should include no less than the whole of mankind.” As such, the tools of psychodrama, sociometry, sociodrama and group therapy can be endless in their teaching and healing possibilities, for individuals and societies. Emotional intelligence not only impacts the individual, but has myriad and immeasurable effects on organizations and societies as a whole. 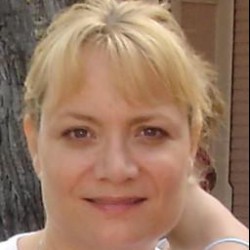 Elizabeth Corby
Dr. Elizabeth Corby is a clinical psychologist and certified Cognitive Behavioral Therapist. Dr. Corby is also certified by the American Board of Psychodrama Examiners as a Certified Practitioner (CP) and Trainer of psychodrama (TEP).Dr. Corby founded the Michigan Psychodrama Center in partnership with Patrick Barone, JD, CP, PAT, and together they provide a wide variety of workshops and training opportunities, including weekend intensives and a regularly meeting psychodrama training group. Dr. Corby also maintains a private practice in Birmingham Michigan where she helps her clients through the transformative processes of psychotherapy, CBT and psychodrama. She works holistically with her clients; utilizing a variety of scientifically supportive neurobehavioral, relational and action methods. In both the individual and group settings Elizabeth helps her clients integrate mind, body and spirit thereby providing healing from a variety of challenges including anxiety, depressive disorders, and alcohol and substance use and dependence disorders.

← Psychodrama and Cognitive Behavioral Therapy
What is Role Reversal? →